On 26 January 1974, while walking home that evening, Guðmundur Einarsson went missing, and was never seen again. On the evening of 19 November 1974, Geirfinnur Einarsson also went missing, and was never seen again. Despite their surnames, the two men weren’t related. Two such disappearances in such a short period of time prompted public concern in the lack of progress that the police had made in finding the two men, or discovering what had happened to them. In December 1975, the Icelandic police arrested a young couple, Erla Bolladóttir (Halldórsdóttir) and Sævar Ciesielski (Kanneworff), on a minor charge. Erla confessed immediately to the crime she was accused of, but just as she was leaving the interrogation room, the police showed her a photograph of Guðmundur Einarsson and asked her if she knew him. She admitted she did, and when pressed about the night he disappeared, she told them about a nightmare she’d had in which Sævar and his friends were whispering at her window. The police seized on this, and over the ensuing year, Erla and Sævar and four others confessed to their involvement in the murders of both men… 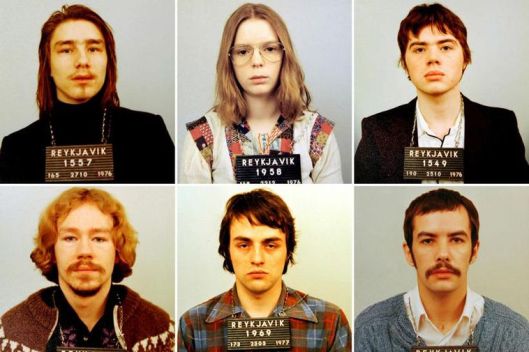 Reviewing the case forty years later, Dylan Howitt’s absorbing documentary is a sober, and sobering, account of a miscarriage of justice that is shocking not just for the deliberate handling of the case by the police, and the methods they used to extract the confessions – one of the suspects, Tryggvi Liefsson, spent 655 days in solitary confinement – but the suffering those suspects endured for years after they were found guilty. Slowly, and with great attention to detail, Howitt reveals the deliberate nature of a police investigation that encompassed physical and mental torture, and where basic human rights were ignored. Much is made early on about Iceland being a country of very little crime, and of how peaceful it is. As the movie unfolds, that assumption is shown to be just that – an assumption – and in a patient, methodical manner that suits the material, Howitt strips away the veneer of respectability that the Icelandic authorities presented publicly. What remains is disturbing for the ease with which it all happened, and the concurrent ease with which the six suspects cooperated with the police in admitting to two murders where there was no physical evidence to sustain the belief that murder had even been committed. 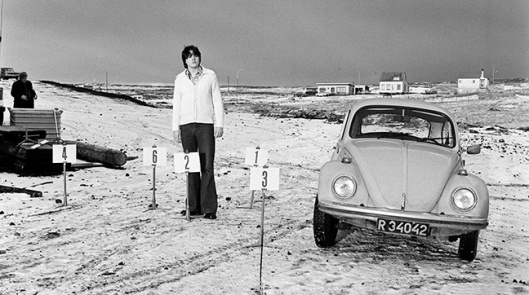 This extraordinary situation begs the question, how could this have happened? Enter Memory Distrust Syndrome, where a person can be led to believe that something happened and they were involved in it, even if they weren’t; it’s like the dark side of the power of suggestion. This is the tragedy that strikes at the heart of the movie, as even forty years on, the likes of Erla and co-suspect Guðjón Skarphéðinsson (who both appear as themselves) still have trouble believing what is true and what was instilled in their memories by the insistence of the police. Hearing Erla express her lingering confusion even now over what she remembers as being true is dispiriting and sad, while the fate of Sævar is far more tragic. Howitt does an excellent job of threading the procedural reportage with strands of the personal that are both affecting and distressing, and the movie takes an observational stance, content to let the material speak for itself. The result is powerful without being melodramatic, and appalling in what it reveals about a police force, and a complicit wider community, that resorts to torture in order to solve two murder cases that were never murder cases to begin with.

Rating: 8/10 – quietly and diligently going about its business, Out of Thin Air not only highlights a terrible miscarriage of justice, but it also paints an affecting portrait of the lives that were ruined in the process; sincere, and peppered with some very haunting imagery, it’s a documentary that isn’t so easy to shake off – and nor should it be.