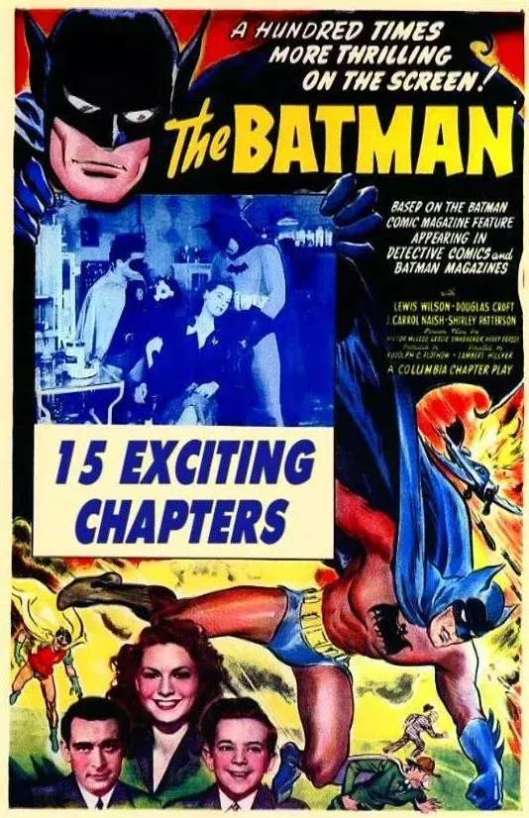 With the help of some strategically fallen cross beams, Batman (Wilson) is shielded from the effects of the explosion and emerges unscathed from the rubble. Back in civvies as Bruce Wayne, he warns Ken Colton (Middleton) to be wary of any visitors to his hotel room, and then heads to police headquarters where he and Dick (Croft) are able to identify one of Daka’s hirelings from a mug shot. Meanwhile, Colton does exactly what he was warned not to do, and allows a man claiming to be a doctor into his room. Soon he’s drugged and being taken to Daka’s hideout. There, Colton learns what’s happened to his friend, Martin Warren (Glassmire) and tries to escape. Bruce and Dick find out Colton has been abducted, and a clue leads them to the Nakina Laundry. As Batman and Robin, the pair encounter a group of Daka’s men and a fight ensues. Batman is over-powered and he falls to the bottom of a lift shaft. Daka’s men make their escape, but not before sending the lift down to crush the Caped Crusader to death… 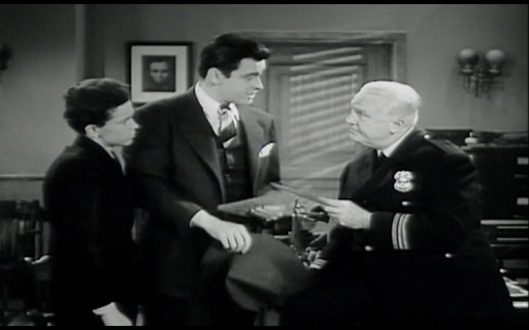 Having almost reached the midway point, Chapter 7 provides us with the shortest entry yet – and that’s with the first two minutes including a recap of the end of Chapter 6. But it’s another episode that packs a lot in, as if relishing the challenge of having such a short time in which to make an impact. As a result we’re spared some of the more tiresome aspects of the serial so far, such as Daka’s pontificating, and Bruce and Dick waiting around for the next clue to drop into their laps. We get to see a little more of Bruce’s Young Scientist chemical set, continue to wonder why it is that every one of Daka’s henchmen has the same handprint (could it be that Daka’s monitor is stuck on Henchman No. 5 and he hasn’t realised?), marvel at how different the colour of Colton’s beard is from the hair on his head, and wait for another comic one-liner from Captain Arnold. Even the obligatory bout of fisticuffs seems to have been bettered choreographed this time around, and there’s some surprisingly subtle moments of humour in there as well. This entry doesn’t quite reach the giddy heights of Chapter 5, but it’s pretty darn close. 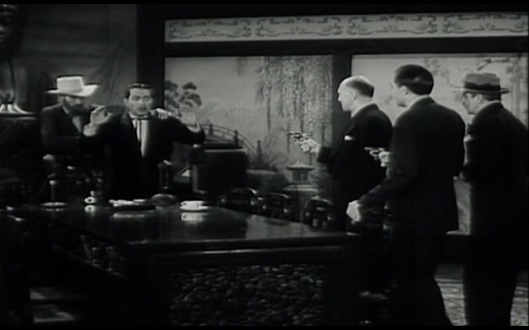 Of course, we’re part way through a mini-storyline that has yet to fully play out, what with Colton’s radium mine in Daka’s sights, but the doldrum that was Chapter 6 put to one side, the serial seems to be picking up increasing speed and purpose. Even the scene where Colton shows off the gun he keeps up his sleeve isn’t as redundant as it feels because there’s a payoff to it later on. And the script makes Batman and Robin far more proactive than they’ve been at any time previously. It’s almost as if what’s gone before has been the filler needed to get a fifteen chapter serial to the point where it can legitimately take off and become really entertaining. It’s reflected in the performances, with Wilson and Croft shrugging off the over-earnest nature of their characterisations in favour of going with the narrative flow, and Middleton – one of those unsung supporting actors you can always rely on – providing energy and grit as the two-toned Colton. But while there’s much that’s good about Chapter 7, there is one aspect that is getting a little wearing. Just once, it would be nice to see an episode end without having to wonder just how is Batman going to survive this time…?

Rating: 7/10 – an above average entry, Chapter 7 zips along at a good pace with no shortage of incident, and helps to make Batman look and feel as if it has more of a purpose now; stripped back and straightforward seems to be working, something that it’s to be hoped is continued in Chapter 8.