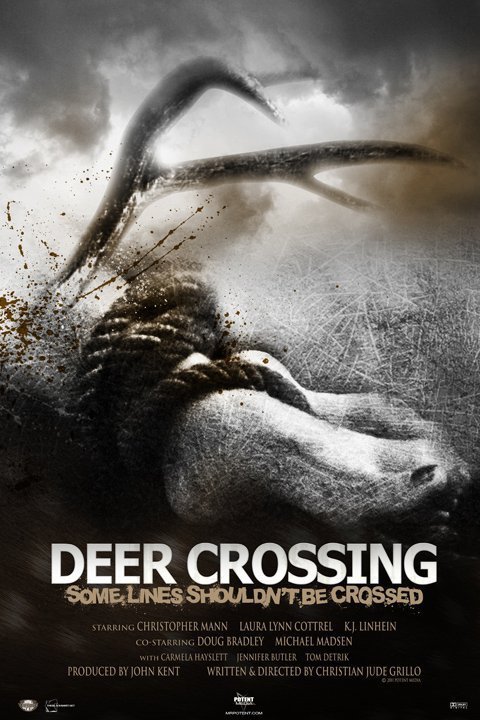 Part thriller, part drama, part horror, Deer Crossing is a mixed bag to say the least, with elements from so many different genres it’s hard to keep track of them all. Just when you think you’ve got a handle on what’s going on writer/director Grillo turns the tables on you and leaves you thinking WTF?

At the film’s beginning, Maggie (Cottrel) and her six year old son Cole (Sebastian Banes) set out on a trip to visit her mother. They have an accident and are never seen again by husband and father Michael (Hemenway). Eight years pass and one day Michael receives a phone call from a boy claiming to be Cole and telling him that Maggie has died. Michael contacts the detective who was in charge of the original investigation, Stanswood (Mann), and asks him to look into it. At first the detective, recently retired and looking after his invalid wife, declines. Tragedy ensues and Stanswood then agrees to help. He travels to Carvin County and the small town where the phone call was made. Once there he encounters Sheriff Lock (Bradley) who proves less than helpful without being openly obstructive. It isn’t long however before suspicion points its ugly head in the direction of psychotic mountain man Lukas Walton (Linhein). And what Stanswood discovers proves to be only half the story…

By now, if you’ve reached this point in the movie you will already know Maggie and Cole’s fate and what part Walton has played in it. You’ll also know that director Christian Jude Grillo – here making his feature film debut – isn’t one for subtlety or a tight script. What you’ll also discover is that in a Christian Jude Grillo movie, padding comes along every five minutes or so in the shape of town hairdresser/brothel owner/drug dealer Gail Kennedy (Butler) and her amoral partner Randy (Detrik). Their antics take up far too much time and while both actors, Detrik in particular, are entirely watchable, their scenes are an unwelcome interruption to the main storyline. (Having said that, one scene featuring Randy threatening to lop off one gay punter’s nuts if he doesn’t obey the brothel’s rules is both disturbing and hypnotic at the same time. It may even be the movie’s best written scene; it just doesn’t fit with the rest of them.) 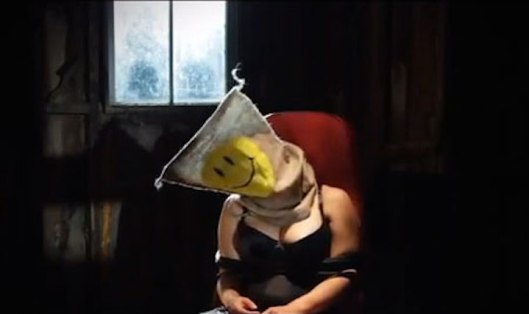 As Stanswood gets nearer to finding the truth, a truth the viewer is fully aware of, Grillo pulls off one majorly mean trick on the audience and two of his characters. It’s a real shocker, make no mistake. It also leaves a nasty taste in the mouth, and one that female viewers will probably not appreciate. By this stage, though, the level of misogynism the movie is unafraid to portray will probably have alienated them anyway.

But is the movie any good? On the whole, no. There are too many random scenes that have no relevance to the ones before them, too few characters to feel sympathy or root for, haphazard pacing and plotting, hazy character motivation, dialogue that sounds forced, okay performances (though Linhein makes a great villain), and at least two storylines that add nothing to the movie as a whole. Grillo does have talent, he just needs someone, a strong producer perhaps, to rein him in when he starts to throw everything including the kitchen sink into his movies.