Sometimes the best movies happen because somebody had a “what if?” idea. What if toys had a life of their own? What if an amnesiac remembered the important parts of his life by tattooing them on his body? What if Netflix were to give Adam Sandler a six picture contract with carte blanche as to the movies he makes? (Hmmm…) Another great “What if?” idea is the one that makes Band of Robbers so intriguing (and appealing): what if Tom Sawyer and Huckleberry Finn were adults in the modern world, and they were still trying to find Murrell’s hidden treasure?

In the hands of the Brothers Nee, this idea is given a great deal of dramatic and comedic licence, with the older Tom and Huck still friends but on opposite sides of the law (or so it seems). Huck (Gallner) is a petty criminal who has just got out of prison and is determined to go straight. Tom (Nee) is a policeman living and working in the shadow of his older brother, Sid (Olsen). Tom is also a dreamer, still obsessed with finding the treasure that eluded Huck and him when they were boys. So when Huck is released from jail, it’s only natural that Tom is there to meet him. And it’s only natural that Tom has a plan, one that includes Huck, and their three friends, Joe Harper (Gubler), Ben Rogers (Buress), and Tommy Barnes (Pemberton).

His plan is based on dubious intelligence gained from local sot Muff Potter (Huckabee). Muff has seen Injun Joe (Lang) – who has also never given up on finding the treasure – depositing something in the safe of a local pawn shop. Surmising that it must be something of great value to Injun Joe for him to keep it there, Tom has deduced (without any concrete evidence) that it must be the treasure that’s stowed away in the pawn shop’s safe. He devises a plan to rob the pawn shop that seems foolproof enough, but on the day his plan is stretched almost to ruin. First he’s teamed up with a new partner, Becky Thatcher (Benoist), then Joe forgets to hire a Mexican to drive the van he hasn’t stolen for the robbery (don’t worry, it does all makes sense in the context of the movie), and instead of stockings for Joe and Huck to wear, they’re stuck with carrier bags. But they do get away with the contents of the safe: what amounts to around two hundred dollars and a pewter coin.

Of course the pewter coin proves to be a clue to the whereabouts of the hidden treasure, but from this point on, Huck and Tom are pursued by Injun Joe. And as they solve another set of clues, Becky’s involvement – and awareness that Tom is up to no good – adds to the two friends’ predicament. And as Injun Joe’s “methods” of tracking them down leads to a surfeit of dead bodies, it becomes more and more difficult for Tom and Huck to find a way out that will keep both of them alive and out of jail. And then there’s the problem of the Mexican gardener, Jorge (Mora)…

Band of Robbers is a movie that could have gone horribly, terribly wrong. But thanks to the Nee brothers’ inspired approach to the story they’ve concocted, the somewhat awkward mix of comedy and drama that threatens to deflate like an overcooked soufflé, both maintains its shape and rises confidently to provide a delicious pudding of a movie that is a joy to consume (okay, enough of the food metaphors). Viewers might initially be put off by Nee’s portrayal of Tom Sawyer – a literary icon let’s not forget – as a morally dubious, consequence-blind idiot, but this is just the surface of the character, and Nee wisely adds more serious layers to his performance as the movie progresses. But he also provides much of the humour in the movie’s first three chapters, his forty mile an hour, rambling streams of consciousness containing a good deal of anarchic tomfoolery and comic verbal dexterity. Some jokes miss the target (as you’d expect from this kind of onslaught), but they’re in the minority.

As Huck, Gallner is the necessary straight man to Nee’s grown up wild child. He gives Nee room to do his thing, and quietly holds the movie together by virtue of being the serious one. Huck is a counter-balance to Tom’s freewheeling hijinks, and while the part may appear staid in comparison, Gallner exudes a laconic resignation re: the events he finds himself caught up in, that anchors the movie and stops it from going too far in the opposite direction. Huck is the movie’s beating heart, while Tom is the brain that’s not been wired correctly. Both actors excel in their roles, and there’s a genuine sense of camaraderie in their moments together. 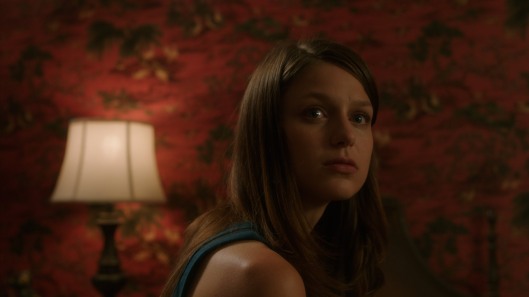 Elements of Twain’s work are woven into the storyline, with nods to the original stories, and characters other than Tom and Huck are given modern day life. There are time outs for the characters to reflect on issues of responsibility and hope, morality and immorality, and the nature of determinism. Heavyweight concepts some of them, but again, the Nee brothers keep things light and buoyant for the most part, and ensure that even in the movie’s darker places there’ll soon be another reassuring moment of lightheartedness to soothe away any anxiety. And it’s in the movie’s favour that whenever the material does darken – watch out for a chilling exchange between Injun Joe and Joe Harper – that the Nees’ let it go as dark as it needs.

It would be easy to dismiss Band of Robbers as just another low budget comedy with serious pretensions, but while it does have its very silly moments, it also has its fair share of moments that reward the viewer and should leave them grinning from ear to ear with the pleasure of it all (such as the little old lady who has her car hijacked by Injun Joe). It does fall down in places – Tom’s clumsiness is an extra attempt at comedy that the movie doesn’t need, Becky Thatcher is an overwhelmingly vanilla character, some of the visual gags aren’t so well staged as others – but all in all, this is a surprisingly effective tribute to the genius that is Mark Twain, and it more than holds its own against other modern day screwball comedies.

Rating: 8/10 – an unexpected gem of a movie, Band of Robbers has genuine heart and an engaging style, and is all kinds of quirky – but in a good way; Nee and Gallner make a great team, and the movie has a confidence about it that never falters, making it a treat for anyone fortunate enough to watch it.