Here are two Australian short movies that not only play with the idea that karma isn’t something to mess with, but which also adopt a darkly comic approach to the stories they’re telling. 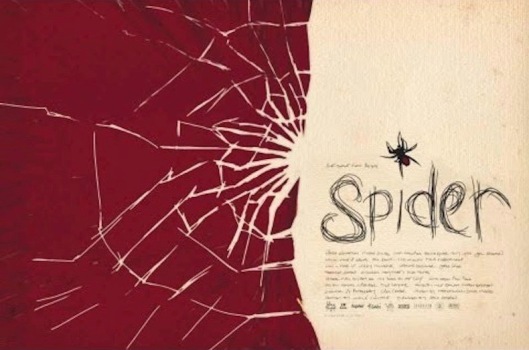 In Spider, we soon learn that Jack (Edgerton) has done something to make Jill (Foulkes) really mad at him. As they drive around Sydney, Jack tries to make things right but Jill is resistant. When they reach a filling station, Jack takes the opportunity to go into the shop and buy Jill some things by way of an apology. But he can’t resist playing yet one more prank on her, and hides a rubber spider in the car where she’ll eventually find it. They drive off, and Jack’s purchase of chocolates begins to have an effect: Jill starts talking to him again (much to her personal disappointment).

But when she discovers the spider and freaks out, she nearly crashes the car. With the car brought to a halt, Jill gets out of the car in a hurry; Jack tries to placate her by saying the spider isn’t real, and by throwing it at her (not the smartest move). Jill jumps back and is immediately hit by another car, and badly injured. Overwhelmed by guilt, and fearful of what she might tell the police when she’s able to, Jack hovers around the paramedics when they arrive, and finds himself an unwitting victim of karma. 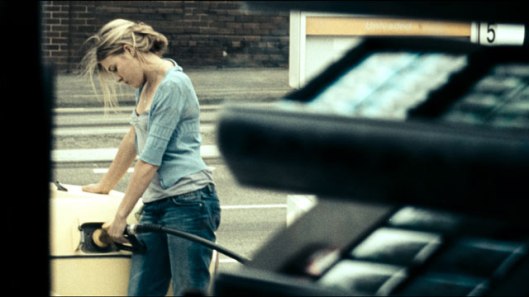 There isn’t much of a story to Spider, but then there doesn’t need to be. It’s a self-contained short movie that’s concentrating as much on the dark humour of the piece, as well as the grim inevitability of the outcome of Jack’s pranking. Working with future helmer David Michôd – Animal Kingdom (2010), The Rover (2014) – director Edgerton fashions a script that the viewer is certain will lead to disaster, and he keeps the viewer waiting for that disaster to happen. And yet when it does, Edgerton is clever enough to delay the moment – and not just once – giving the viewer just enough time to wonder if the consequences of Jack’s prank will come from a different direction.

Edgerton is also wise enough to know that his main characters should be drawn in broad strokes and that any further depth isn’t required. This is a movie where Jack and Jill are merely conduits for the story’s blackly comic denouement. That both will suffer as the result of Jack’s stupidity is a given, and while what happens to Jill could be described as unnecessarily nasty, what happens to Jack tempers that by being appropriately cruel. Edgerton judges the tone perfectly, and is aided by his and Luke Doolan’s careful, purposeful editing.

Rating: 8/10 – not the first short movie made by Edgerton, Spider is nevertheless one of his more well-constructed offerings, and one that bears repeat viewings; with one of the more impressive person versus car collisions to recommend it as well, this is a movie that packs a lot into its short running time and to considerably good effect. 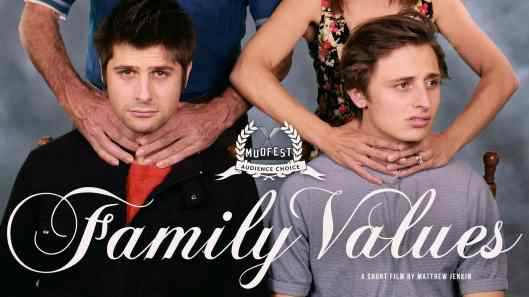 In Family Values, a father (Lovell) who decides his two sons need to be taught a bit of a lesson, coerces his eldest son, Tom (Johnson), into helping him convince his youngest son, Jack (Leimbach), that he – the father – has suddenly passed away. The father hopes this will teach him to be more respectful and visit more often (by making Jack feel guilty). But when Jack arrives and hears the “sad news”, his reaction is unexpected: he’s pleased his father is dead, and especially as he’d changed his will and left the family business to Jack. Tom is horrified by this news, having spent the last ten years building it up to where it is today, and making it a success.

In a fit of rage he causes his father to “wake up”, and when he does, their father reveals he’s played a trick on both of them. Further enraged, Tom smothers his father with a pillow, and kills him. Both sons are horrified at what’s happened, and at how quickly and easily things have gotten out of hand. And then their mother (Carides) comes home, and at first, it’s very hard to convince her that the news of her husband’s death hasn’t been exaggerated, or is part of a prank. But when they do finally convince her… 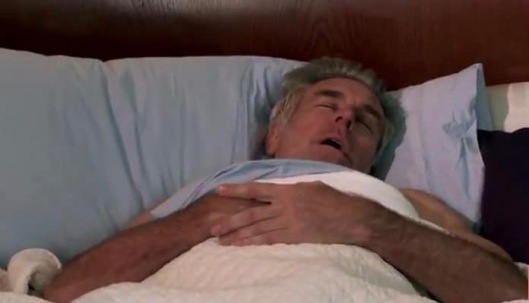 Like Spider, Family Values doesn’t really have much of a story, but then it doesn’t need to have one. A straightforward tale of misfiring pranks where no one comes off any better than anyone else (well… mostly), it revolves around a situation that spirals out of control quickly and with unexpected consequences. As such it’s a tightly constructed and controlled movie that wants to have a lot of fun at its characters’ expense, while also providing solid entertainment for the viewer. Writer/director Jenkin skirts close to making a farce out of it all, but manages to rein in the obvious temptation to let his cast go over the top, and in doing so makes the heightened absurdity of the situation more credible (if still highly unlikely).

He also makes the most of his single location, moving the camera round the room to good effect, though by the time the mother arrives home, the room looks to have become too crowded, what with the actors, the camera crew, the director and anyone else involved apparently getting in each other’s way and forcing cinematographers Bradley J. Conomy and Max Seager into some awkward camera positions. This upsets the visual rhythm the movie has established up until then, and it’s unfortunate that it disrupts the flow, but Jenkin rescues the situation – and the framing – before it threatens to ruin things at the end. And as with Spider, it’s the instigator who ends up on the receiving end when his prank backfires, although here it isn’t quite as physically shocking as what happens to Jack – thankfully.

Rating: 7/10 – Jenkin is a movie maker who consistently tries to entertain his audiences as simply and easily as possible, and Family Values is no different in that respect from his other movies; smart and amusing, there’s much to enjoy here, and for once, the shallow nature of the relationships doesn’t detract from the fun to be had.