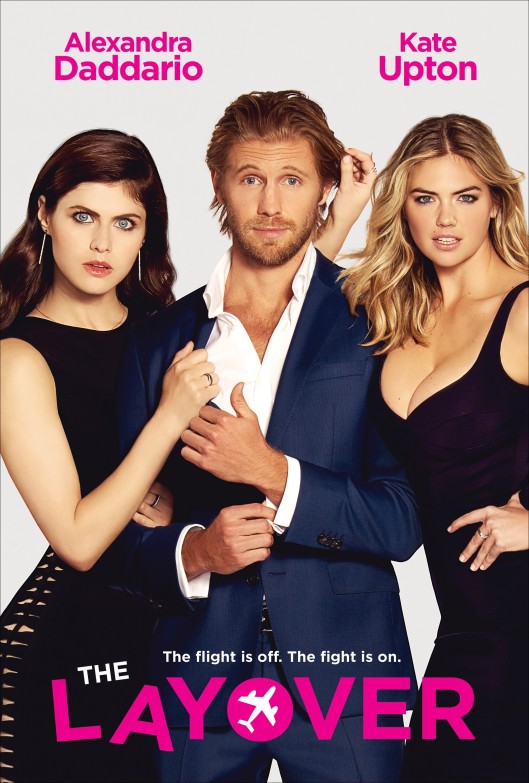 There are times when you just want to leave your brain at the door and settle down to watch something that you don’t have to concentrate on, a movie that you can watch and just sit back and have a bit of fun with. Not quite a guilty pleasure, but something that is appropriate for the easy-going mood you’re in. On the face of it, The Layover is exactly that kind of movie. But don’t be fooled, not for a second, because this movie has all the appeal of root canal work. Here are five things you need to know before even contemplating watching The Layover…

1 – It was shot over six weeks in May-June 2015, and has only recently been granted a release (or you could say, it’s recently escaped).

2 – The movie features two life-long friends, Meg (Upton) and Kate (Daddario), who abandon their friendship because they both want to hump a guy (Barr) they meet on a plane (go female empowerment; no, really, just go, you’re not wanted here).

3 – Screenwriters David Hornsby and Lance Krall have never written a screenplay together before (and it could be argued they still haven’t).

4 – This is the second time that William H. Macy has directed a feature-length movie (but it’s unlikely he’ll be bragging about it).

5 – It’s not even remotely funny (no, seriously, it’s the comedy that laughs forgot).

Rating: 3/10 – a leaden, dreary, soul-destroying mess of a movie, The Layover could almost qualify as the dictionary definition of inept – if Baywatch (2017) hadn’t already claimed the title; one to file under Couldn’t Even Have Seemed Like A Good Idea At The Time, it’s a movie that stalls long before its lead characters even get to the airport.