The short movie is an oft-neglected aspect of movie viewing these days, with fewer outlets available to the makers of short movies, and certainly little chance of their efforts being seen in our local multiplexes (the exceptions to these are the animated shorts made to accompany the likes of Pixar’s movies, the occasional cash-in from Disney such as Frozen Fever (2015), and Blue Sky’s Scrat movies). Otherwise it’s an internet platform such as Vimeo, YouTube (a particularly good place to find short movies, including the ones in this post), or brief exposure at a film festival. Even on DVD or Blu-ray, there’s a dearth of short movies on offer. In an attempt to bring some of the gems that are out there to a wider audience, here’s another in an ongoing series of posts. Who knows? You might find one that becomes a firm favourite – if you do, please let me know. 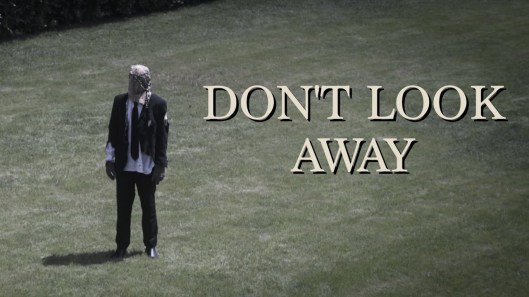 Rating: 6/10 – Siblings Savannah (Twyla) and Jim (Roy) are squabbling as usual while they wait for their parents to arrive home. When Savannah looks out of her bedroom window she sees a strange man standing in the garden looking at her. The man is wearing a tattered black suit, and has a bag over his head that is wrapped in chains. When her father (Marshall) calls to say he’ll be late home, Savannah mentions the man. He immediately tells her not to look away, and to get her brother to lock all the doors. But not knowing all the rules puts Savannah in danger… A brisk, relatively effective horror short, Don’t Look Away starts well, but soon tapers off once Savannah inevitably looks away, and writer/director Cox finds himself attempting to explain the animus behind the strange man in the garden (referred to as The Creature in the credits). There’s the germ of a good idea here, and though it’s not anywhere near as scary as it should be, if Cox ever manages to expand on his basic premise, he has the potential to get another horror franchise icon off the ground.

Rating: 7/10 – After being harrassed and bullied throughout his high school years, Andy (Meyer) discovers that social media is the ideal way to get even. Not so much a cautionary tale – Andy uses his tormentors’ own forms of harrassment against them – but a revenge tale pure and simple, this is a well mounted and well constructed short that doesn’t play out as simply as expected. The basic set up has been seen a thousand times before, but Murphy’s third short plays a trump card in its depiction of high school queen Lia (Iseman). She and Andy used to be childhood friends but they’ve grown apart and now she’s popular and he’s not. There’s a point in the movie where she has a choice to make – and she doesn’t make the right choice. However, Murphy and co-screenwriter Emily Mattoon make it clear that it’s not a choice she wants to make. This makes Andy’s subsequent revenge just as terrible as the harrassment he’s suffered. Subtly done, this raises the material, and makes the ending far more ironic than expected. 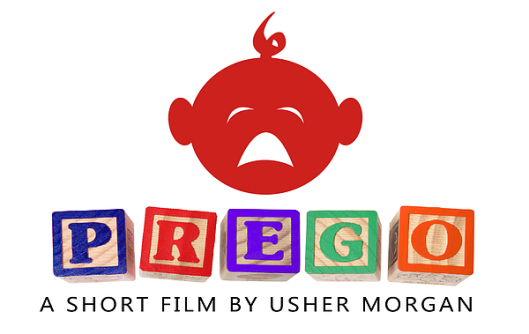 Rating: 8/10 – A woman (Vincent) meets a man (Mikroulis) in a cafe and tells him that she’s pregnant with his child. His response isn’t what she wants to hear. A well written and very funny comedy short, Prego works as well as it does by taking an established (and somewhat stereotypical) situation and making the woman’s exasperation as amusing as the man’s witless comments and questions. The dialogue is sharp and to the point, and the performances are terrific, with Vincent convincing as the straight (wo)man to Mikroulis’ credulous man-child. Morgan shoots much of their exchange in close-up, placing strong emphasis on Vincent’s impressively blue eyes and Mikroulis’ ability to stare blankly but still to good purpose. The ending may be just a tad predictable, but otherwise this is winning stuff, unfussy, well put together, and backed by an apt and appealing soundtrack.

Rating: 7/10 – A couple (Casas, Pérez) visit a man (Capdet) in his apartment in order for the wife to experience the kind of pleasure that she hasn’t had since she was a child, pleasure that the man cultivates in an unusual and, for the husband, disgusting way. A beguiling and intriguing exploration of an obscure form of sexual gratification, Hedonist is as much about the pursuit of that gratification as it is the power shifts in the relationship between the married couple. The husband is unhappy about being there and accuses his wife of not wanting to sleep with him. She dismisses his concerns as if they were trifles. The man offers advice and warnings, but the wife isn’t interested. Both men have only limited influence; the woman has taken charge. Vilar keeps the audience guessing until the end as to what exactly are the “specimens” the woman has come to “collect”, and in doing so he gives the impression this will develop into a horror short. And when the nature of the “specimens” is revealed, there are likely to be some viewers who will be in complete agreement that it has.