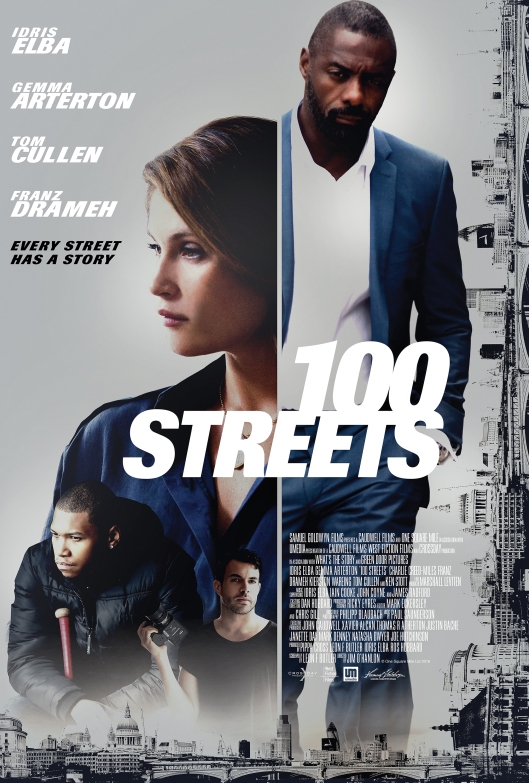 aka 100 Streets; One Square Mile

Max Moore (Elba) is a retired rugby player whose fame on the field has translated into a media career where he promotes a favourite, sports-related charity. His public image – seen in clubs and bars and at functions, often surrounded by attractive women – is at odds with the fractured home life he’s trying to repair. He’s estranged from his wife, Emily (Arterton), and their two young children. While Max plays at being a responsible family man in an effort to win Emily back (after sleeping with the children’s nanny), she has embarked on an affair with an old friend, Jake (Cullen). Kingsley (Drameh) is a young man whose aptitude for street poetry, plus a chance meeting with well connected actor Terence (Stott), provides him with an opportunity to leave behind the gang he’s currently a part of. And George (Creed-Miles) is a cab driver who, along with his wife Kathy (Wareing), is looking to adopt their first child. Over the course of several weeks their lives will intersect in unexpected ways, but each will be irrevocably changed by their experiences…

A low budget British drama with a glossy sheen to it, A Hundred Streets looks like the kind of movie that will offer a pointed and affecting social commentary on modern life in the UK capital, and which will examine in detail the pressures that people endure in order to get by. Alas, a closer inspection reveals a movie that paints its characters against a far broader canvas than might be hoped for, and by using brush strokes better suited to a daytime soap opera. Writer/producer Leon Butler (who raised the entire budget single-handedly), immediately gives the viewer two problems to deal with. The first is Elba’s Max, a caricature of a faded sports star who behaves badly but underneath the promiscuity and self-loathing, has a good heart and loves his kids. Despite these good qualities, Max is unsympathetic from the start, and though Elba tries hard, remains so until the end, and a dramatically absurd sequence that sees him waving – and firing – a shotgun from a balcony window, while the police standby until Emily can get home and talk him down (and let’s not mention the police marksman who has Max in his sights the whole time – for tension purposes only). 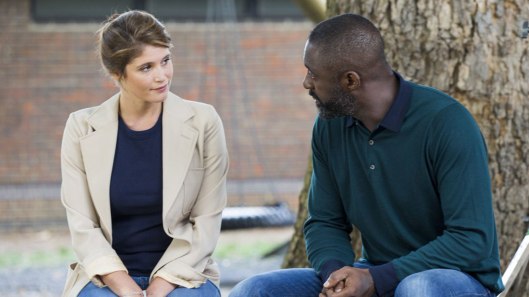 Neither Max nor Emily are characters you can warm to, so self-absorbed are they in their individual needs. This leaves Drameh’s earnest Kingsley and Creed-Miles’s dopey George to pick up the slack, but therein lies the second problem: their storylines are just as routine as Max and Emily’s. Tragedy stalks them both, but in such a way that neither tragic incident comes as a surprise, or indeed the events and outcomes that follow. As the movie progresses, it becomes something of a tick-box exercise for the viewer, and for the movie makers, as the characters behave either recklessly for no reason, regressively for “dramatic” purposes, or reactively because the script demands it. Struggling to make more out of Butler’s script than he’s able to, director Jim O’Hanlon can only focus on the performances, and though Elba and Arterton are adequate, Creed-Miles, Drameh and Stott at least manage to make an impact in their roles, though this is very much against the odds. Stott in particular is good, but even he has trouble with some of the dialogue Terence is given, and hearing it makes you wish there had been more opportunities for improvisation.

Rating: 5/10 – formulaic and at times dramatically challenging – though not in a good way – A Hundred Streets aims for a modicum of prestige but misses by a square mile, and then some; adopting clichés as if they were the answer to every problem raised, the script undermines the movie from the word go, and as a result, leaves it in just as good a state as Max’s career as a rugby star.