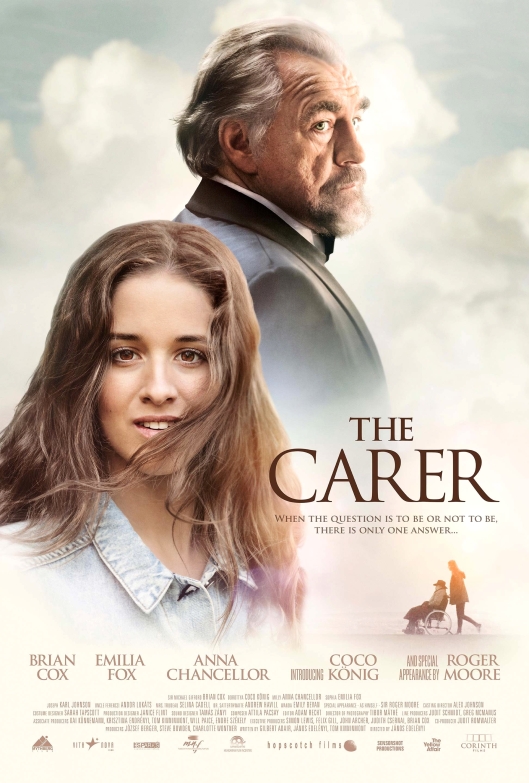 Sir Michael Gifford (Cox) is a British acting legend, equally at home in movies and on television, but mostly on the stage. Now retired and suffering from the early onset of Parkinson’s disease, Sir Michael is being urged to accept having a full-time carer by his daughter, Sophia (Fox), and his housekeeper (and ex-lover) Milly (Chancellor). Resistant to the idea, Sir Michael finds that the introduction of Dorottya (König), a Hungarian care worker who has applied to study drama in the UK, isn’t quite the imposition he expects it to be. With her love of, and ability to quote, Shakespeare, Sir Michael finds Dorottya’s sympathetic approach and youthful enthusiasm something of a tonic – though he reserves his usual dyspeptic disposition for everyone else. However, when he’s put forward for a Lifetime Achievement Award, it causes friction between him and Sophia (who thinks he’s too infirm to attend), and Sophia and Dorottya (who thinks it would be good for him). Sir Michael decides he’s going to go, whether his daughter agrees or not, but before he does he has to recconnect with Dorottya, who has been sacked by Sophia… 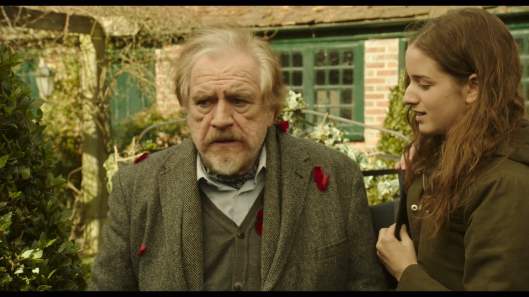 In a similar vein to Venus (2006), The Carer is about a crusty, cantankerous old thespian who finds an unexpected kinship with a much younger carer, and in doing so, learns a number of valuable life lessons. And… that’s it. There are Shakespeare quotes a-plenty (with King Lear getting the lion’s share for obvious, though, undercooked thematic reasons), occasional nods to the indignities of getting old (adult nappies), regrets and recriminations flying thick and fast from all sides, and a tendency to soft-pedal any really serious issues through the use of ill-focused humour. Nothing about the movie is surprising or unexpected. It ticks along in time-honoured fashion, hitting each required beat with almost metronomic regularity, and relying on its talented albeit under-served (and undeserved) cast to rescue it from the doldrums of its own making. At no point do you feel that this could be happening in real life, or that you might meet any of the characters while walking down the street. With the action largely taking place at Sir Michael’s baronial hall of a home, a grim sense of claustrophobia soon settles in as Sir Michael takes profanity flecked inconstancy to new levels of banality; he’s the least disagreeable misanthrope you’re ever likely to encounter. 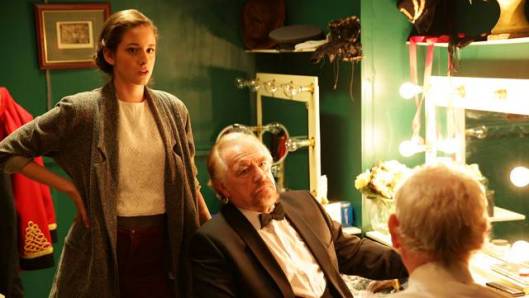 More problematical is the character of Dorottya. The Carer is a Hungarian/British co-production, with a Hungarian director, and dozens of Hungarian crew members, and so the inclusion of König as the title character is, like much else, unsurprising. But Dorottya doesn’t ring true on any level. She’s so one-dimensional you half expect her to disappear when she turns sideways. With the barest of motivations for what she does, and not even the required knowledge that medicaton and alcohol don’t mix, Dorottya is a lumpen plot device designed to allow Sir Michael to play to one last appreciative audience before popping his theatrical clogs. Making her feature debut, König does her best but hasn’t got a hope of imbuing the character with any meaningful traits or mannerisms, thanks to a script that makes very little effort to add depth or texture at any stage of the proceedings. There are misguided attempts at pathos, scattered instances of poorly judged poignancy, and an acceptance speech from Sir Michael that is part ramble, part soliloquy, and all contrived; it’s the musings of an actor who really can’t improvise. Cox is fine despite all this, and it’s fun to see him in his younger days through movies and posters, but if this was a role that was written with him in mind, he shouldn’t feel so flattered.

Rating: 4/10 – visually as bland and uninviting as the storyline proves to be, The Carer strives for emotional resonance and comes up short every time; acceptable only on a very basic level, and even then with reservations, this is a misguided and unconvincing movie that wastes the time and efforts of its cast, and never appears to be aspiring to anything other than being merely perfunctory.