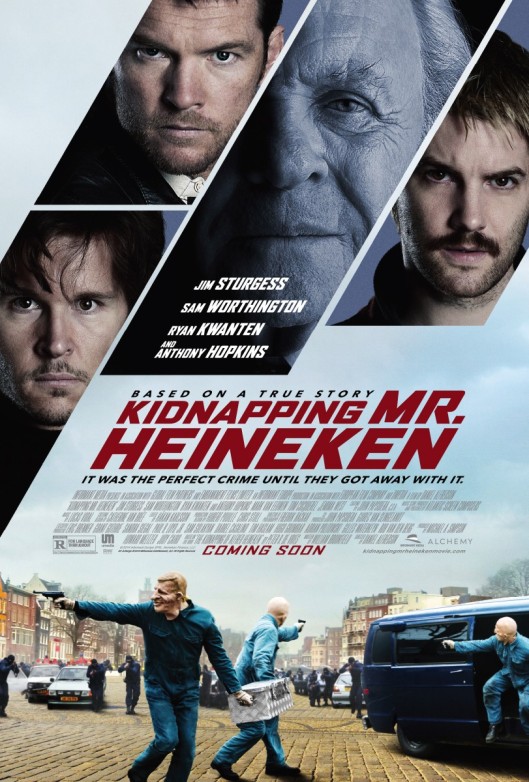 In 1982, five friends working and living in Amsterdam  – Cor Van Hout (Sturgess), Willem Holleeder (Worthington), Jan ‘Cat’ Boellard (Kwanten), Frans ‘Spikes’ Meijer (van Eeuwen), and Martin ‘Brakes’ Erkamps (Cocquerel) – are struggling to keep their construction business from going under. They don’t have any appreciable capital so the banks won’t lend them any money. But Cor has an idea (a New Year’s resolution in fact): to do something big, something that will see them all become immensely rich. That idea leads to a plan, and the plan is to kidnap the owner and founder of the Heineken brewery empire, Alfred ‘Freddy’ Heineken (Hopkins).

Needing to pull off this coup quite quickly, the five men begin to plan their abduction and how they will keep the ransom – $35m – and avoid being caught. They begin to watch Heineken to learn his routine, and to figure out the best time to grab him. They also realise that in order to look like professional kidnappers they’ll need to have some money behind them. So they rob a bank, and get away with enough cash to bankroll the abduction. At a shed owned by Jan, they construct soundproof cells where they can keep Heineken (and Ab Doderer (Dencik), his driver), and which are hidden behind false panelling. 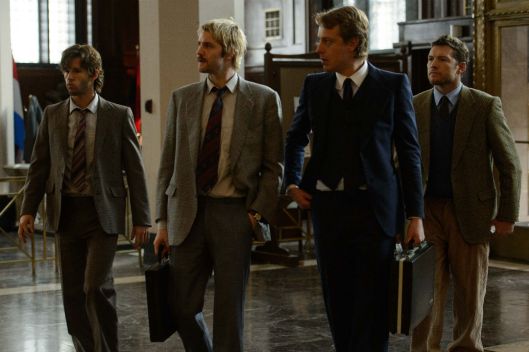 The kidnapping is successful and the five men wait for the ransom note to be found by the police. They hole up at Jan’s shed, taking it in turns to check on Heineken and Doderer, and to wait for the ransom to be paid. But time passes, and after three weeks they’ve heard nothing. Willem is all for sending the police evidence that they will harm Heineken if the ransom isn’t paid, but when it comes to it he can’t do it. Another demand leads to the police and Heineken’s company agreeing to pay the ransom money, and the group successfully attain it. They stash most of it in buried tubes out in the forest, but in the days ahead they become more fearful and paranoid that the police will soon be snapping at their heels, and their long-term friendships begin to fray at the seams.

True stories – in the movies at least – usually come with the disclaimer that certain scenes, characters and/or dialogue have been fictionalised or conflated or created for dramatic purposes. This we know, and it’s always the problem with telling a true story: just how much of what you’re seeing is really true. The answer, of course, is absolutely none of it. It doesn’t matter if its’s based on a true story, or has the backing and involvement of the people it concerns or portrays, every single movie that’s based on a true story, or real events – what you’re watching is never going to be exactly what happened. And while we all know this deep down, still we take for granted that what we’re seeing actually happened, as if the writer(s), director(s) and cast have a special way of recreating past events exactly as they happened. 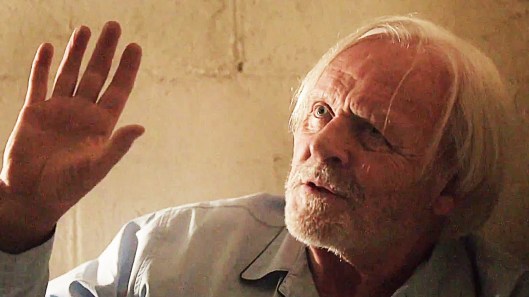 Sadly for Kidnapping Mr. Heineken, if that were the case, then it might help obscure or erase the movie’s most fundamental problem: it’s not in the least bit convincing or dramatic enough to work. A belated English language remake of The Heineken Kidnapping (2011), the movie is a tired, tangled piece that features five men who don’t seem to have anything in common except they take to kidnapping with apparent ease, especially when it comes to abandoning their consciences (not one of them offers any objections to the idea). And there’s an incredible naïvete about their decision that’s never properly addressed; none of them have a criminal background but they take to being criminals as if it were the most natural, and easiest, thing in the world.

With the movie establishing an awkward tone from the start, the middle section does little to rescue things, as Heineken gets the chance to be belligerent and caustic to his kidnappers on a regular basis, and they all sit around wondering why the ransom hasn’t been paid. Five more glum-looking faces you’re unlikely to see for quite some time, as the movie – scripted by William Brookfield from the book by Peter R. de Vries – fails to add any tension to proceedings, even when Willem wants to get violent. It gives rise to an odd feeling, that neither Brookfield nor Alfredson have made any connection to the story, and are telling it out of some sense of obligation.

The same can be said of the cast. Sturgess, usually a sharp-minded presence on screen, here seems held back by the vagaries of the script, in particular with regard to Cor’s relationship with his girlfriend Sonia (West), which appears to be of minor importance during the abduction but assumes a disproportionate relevance in the movie’s final third. Worthington continues to make audiences wonder why he gets so much work, giving a performance that’s so stiff you expect him to seize up at any moment. And Kwanten, thanks to one of the scruffiest wigs seen in ages, will have viewers trying to work out who he is (in real life) rather than how good his performance is. But spare a thought for Hopkins, playing yet another supporting performance and having to go from assured patriarch to rambling mental patient in the space of a competently edited chase sequence. 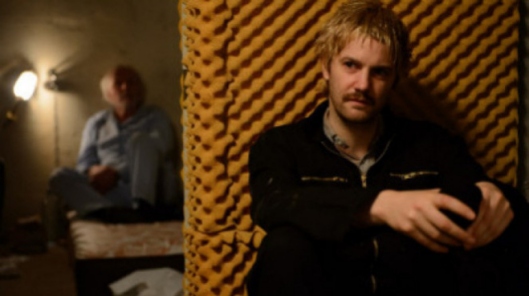 The story of Alfred Heineken’s kidnapping was a major news story at the time – in Holland at least – and is notable still today for the ransom being the largest ever paid for an individual, and for the fact that some of the money has never been recovered. The movie cites this at the end, along with the fates of the main characters (two of which may come as a very big surprise). But by then you’ll be less than interested, and just as relieved as Heineken probably was at being rescued from it all.

Rating: 4/10 – plodding, uninspired and plain dull for long stretches, Kidnapping Mr. Heineken is a movie that lacks commitment from its cast and crew, and ambles along with all the urgency of a downhill racer missing his skis; broadly factual (ironically, de Vries, who was an advisor on the movie, subsequently refused to watch the movie, citing numerous discrepancies between the movie and what really happened), this is a movie that gives new meaning to the words defiantly turgid.