Sometimes, watching old movies can provide the occasional surprise, like seeing an actor or actress in an early role – or movie – when you least expect it. This happened to me recently when I saw National Lampoon’s Senior Trip (1995) (I’m a National Lampoon movie completist – what can I say?). Imagine my surprise when I saw Jeremy Renner’s name come up in the title credits. Imagine my further surprise when it turned out he gave one of the best performances in the movie (though not that much of a surprise if you’ve seen it).

It got me thinking about other stars and their early appearances, and what other movies are out there with fledgling – or fleeting – performances from today’s big name actors and actresses. So, a few quick searches on imdb.com later, and voilà!, this post was born. I hope you have some fun with it, and if there are any other examples that you think should have been included, or are worth mentioning, feel free to let me know.

While it’s well-known that DiCaprio’s first movie role was in Critters 3 (1991), what’s perhaps less well-known is his participation in Katt Shea Ruben’s perverse shadow play of teenage sexuality run amok. But before anyone gets too excited, his role in the movie (as ‘Guy”) amounts to a walk-on part where he comes out of a school building and crosses in front of the camera. It’s a blink-and-you’ll-miss-it part, and perhaps best regarded as an example of how good DiCaprio’s agent was back then: out of nothing he got ninth billing.

Way back before he became Marvel’s go-to guy for the grounding of their Cinematic Universe, Downey Jr made an appearance in this fondly remembered ode to teenage hormones and the fetishisation of Kelly LeBrock. Cast as “Ian”, Downey Jr plays a bit of a douchebag who acts as a bully to the two main characters. It’s not a particularly memorable role, and there’s nothing to suppose that his career would take off in the way it has – twice – but it’s in keeping with John Hughes’ studied look at teenagers and their idiosyncrasies, and isn’t too embarrassing when looked back on from thirty years later. 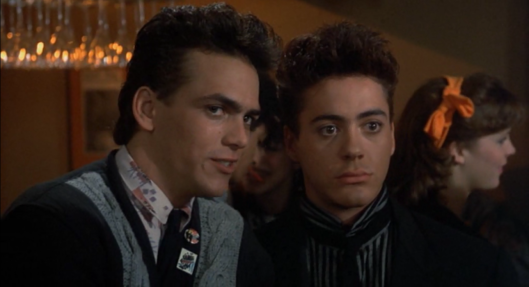 Julianne Moore – The Hand That Rocks the Cradle (1992)

As the realtor who holds the key to the reason for Rebecca De Mornay’s psychotic dismantling of Annabella Sciorra’s life, Moore made only her second movie, and met a memorable end in a booby-trapped greenhouse. Feisty and forthright – almost a template for some of her future roles – the Oscar-winning actress catches the eye but still doesn’t quite give notice of how good an actress she really is. That would be left to Short Cuts (1993), one of her most memorable performances. 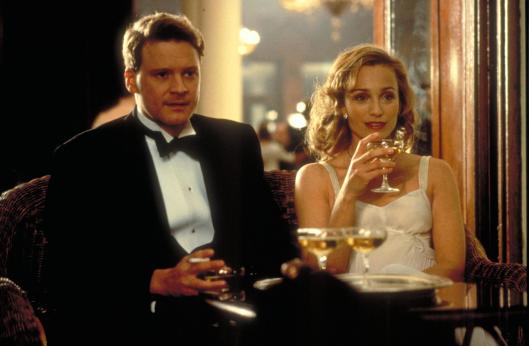 In amongst Last Action Hero‘s gunfire and car chases and explosions, you may remember towards the end of the movie, the character of Death from Ingmar Bergman’s The Seventh Seal (1957) stepping out of the big screen and into the real world. As audacious homages go it’s a great example of what made the movie so uneven, but McKellen brings the necessary gravitas to the role, and even adds a degree of nonchalant amusement.

Though Adams has a track record in comedies before and since Talladega Nights, it’s unlikely that most people would place her as Will Ferrell’s love interest, whatever the circumstances (though the glasses may have helped). But as Susan, Ricky Bobby’s assistant-cum-paramour, Adams more than holds her own amidst all the manic goings-on and provides a welcome distraction from the otherwise testosterone-laden script.

One of a number of cameos in Terry Gilliam’s spirited psychedelic imagining of Hunter S. Thompson’s book, Diaz’s appearance as “Blonde TV Reporter” is brief, but a great example of the kind of “roles” that some stars will take either as a favour to the director, or just to be involved in a particular movie project. Plus it’s always fun to see someone pop up unexpectedly in a movie, even if it’s only for a moment.

Working with his uncle, Francis Ford Coppola, Cage’s turn as Richard Gere’s unpredictable, violent brother is another of the actor’s mercurial early roles, and a reminder of the raw, vital talent that has been lost in the welter of tired, mortgage-paying performances Cage has given us in recent years. Taking what could have been a stereotypical role and giving it the kind of spin only he could, it shows Cage acting up a storm and commanding the viewer’s attention.

Billed as “Airport Man”, Statham has a small but pivotal role in Michael Mann’s L.A.-set thriller, and he more than holds his own in his scene with Tom Cruise. It’s the kind of unexpected appearance that enriches a movie, and lets the audience know that Statham – already an established star in his own right – can still do character work when required… and very effectively.

Three years before she became Queen Amidala in Star Wars Episode I: The Phantom Menace (1999), Portman took a supporting role as the President’s daughter, Taffy, in Tim Burton’s anarchic alien invasion romp. Sharing scenes with Jack Nicholson and Glenn Close, Portman enters into the spirit of things with gusto, and has one of the best lines in the movie: “Guess it wasn’t the dove.”