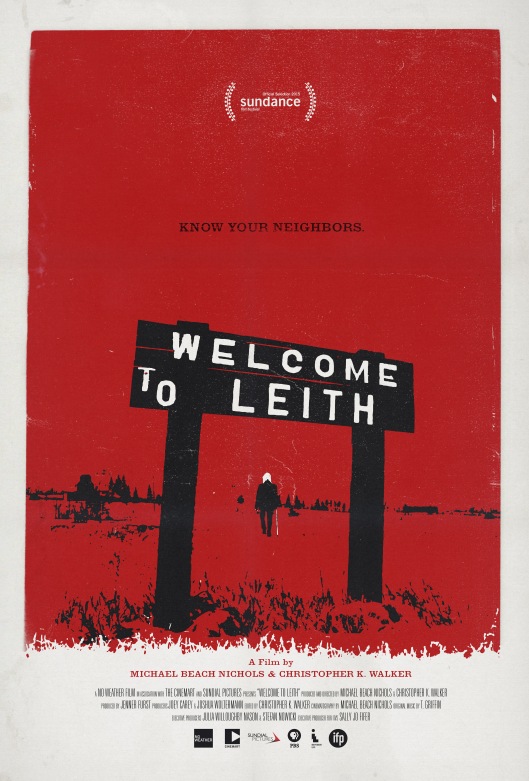 In May 2012, a white supremacist by the name of Craig Cobb bought twelve plots of land in the small North Dakota town of Leith – population twenty-four. Cobb’s intention was to build a community of like-minded people which would allow them to gain an electoral majority in Leith, and be “in charge”. Once the people of Leith became aware of Cobb’s background, as well as his intentions, they banded together to protect themselves from the prospect of seeing their town overrun in this way. The mayor, Ryan Schock, along with the rest of the town council, implemented an ordinance that required Cobb and those who’d come to Leith to support him, to be connected to the mains water and sewage supply or be evicted from their properties (none were). Following this decision, in November 2013, Cobb, along with a fellow white supremacist, Kynan Dutton, were arrested after walking the streets of Leith carrying loaded weapons. Charges of terrorising the citizens of Leith were brought against both men, and a trial was expected to begin the following year. But not everything went according to plan… 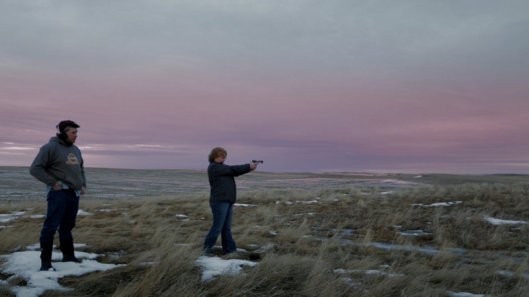 In Welcome to Leith, the battle lines are clearly drawn: an influx of white supremacists versus horrified townspeople increasingly afraid for their lives and livelihood. For most viewers it’s an easy decision to make as to where any sympathies should lie, but the undeniable power of Michael Beach Nichols and Christopher K. Walker’s gripping documentary is not that this decision is so obvious, or cut and dried, but that it highlights the irony of a section of society fighting for its place in the world by displacing another section of society in order to do so. This is an aspect that seems to escape Cobb and his followers and supporters, but it’s made abundantly clear by the white supremacist’s actions and behaviour. At a town council meeting, Cobb impugns the involvement of a father, Lee Cook, in the murder of his seventeen year old daughter. It’s a particularly horrible moment in a movie full of moments where negative racial profiling is exposed for the hate crime it is, and so-called Christians defend their First Amendment rights as if they are the only ones entitled to them. 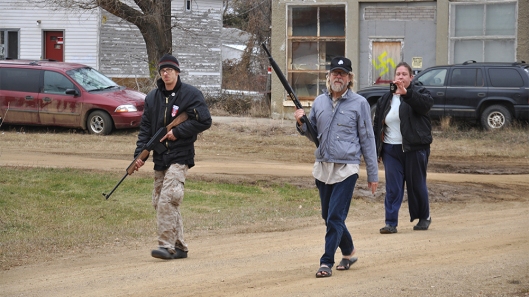 Another irony exposed by the movie is the way in which Cobb and his followers behave, as if by spewing bile and hatred towards others, that it makes their cause all the more agreeable or acceptable. While Nichols and Walker don’t delve into the psychology of Cobb’s beliefs (it’s not really necessary), they do show the ways in which a small group of townspeople became affected by those beliefs, and the fear and mistrust engendered by them – for example, Cook wouldn’t let his family stay in their home while he was at work. More importantly, Nichols and Walker approach the material using a balance that offsets any accusations of bias, instead presenting events from all sides, even if as a viewer, you don’t agree with some of them. Also, what happens after Cobb and Dutton are arrested, and the subsequent legal wranglings that went on, shows just how committed both men were to their beliefs (and there’s irony there too). But if there’s any one moment where Cobb’s white nationalist observance is punctured for good and all it’s when the results of a DNA test he undertook for The Trisha Goddard Show reveal he’s genetically fourteen per cent sub-Saharan African. Now, how’s that for irony?

Rating: 8/10 – a formidable examination of an attempt to subvert a small township for a cause’s own subversive ends, Welcome to Leith is chilling, breathtaking to watch unfold, and a cautionary tale for our times; forget the Insidious horror series, what Cobb and his followers tried to do is really insidious, and the fact that it could happen elsewhere is a message the movie makes very loud and clear.