Rating: 7/10 – bowler-hatted insurance fraud investigator Roper (Vaughan) is called in to investigate when a heavily insured businessman’s car bursts into flames before going over a cliff – but was he in it?; a neat, unprepossessing British thriller, Smokescreen features an enjoyable performance from Vaughan, some stunning location photography, and a script that allows for plenty of ironic humour in amongst the drama.

Rating: 7/10 – when overlooked youngest child Alexander (Oxenbould) has the worst day ever, he wishes that his family could experience just a little of what he has to deal with – but when they do, things quickly escalate beyond anything that Alexander has ever faced; Judith Viorst’s novel gets a fun-filled adaptation that is amusing, clever, and visually inventive, but which lacks bite, and has surprisingly few characters to root for (that is, none). 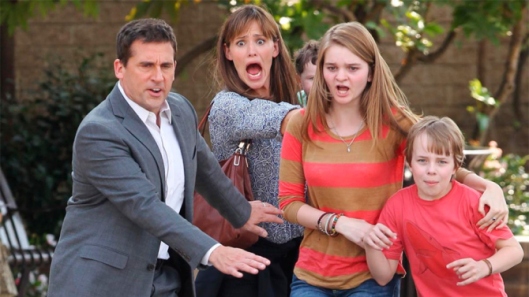 Rating: 6/10 – an ambitious though neurotic writer (Gad) working on his first screenplay faces a dilemma when the role written for his girlfriend (Ruhlin) grabs the attention of an A-list actress (Duff); a romantic comedy with few ambitions that struggles to make good comedy out of anxious indecision, She Wants Me is innocuous stuff that passes by in amiable fashion without ever really involving its audience.

Rating: 3/10 – an honest cop (Ambrose) finds himself trapped in a station house and hunted by several of his corrupt colleagues when he comes into possession of evidence that will see them put away for the rest of their lives; another depressing WWE Films action movie, 12 Rounds 3: Lockdown dispenses with the set up of the first two movies, and does its best to be yet another Die Hard rip-off, albeit one stifled by inept plotting, terrible dialogue and a performance by Ambrose that never gets started.

Rating: 5/10 – two sisters (Breslin, Henley), fed up with the antics of their alcoholic mother (Sorvino) and her poor choice in boyfriends, decide the only way of improving their lives is to kill her; if it wasn’t based on a true story, Perfect Sisters would be dismissed as absurd nonsense with no basis in reality, but as it is it’s an uneven, tonally awkward movie that features average performances from its leads, but which does seem completely committed to drawing the viewer’s attention to Breslin’s cleavage at every opportunity. 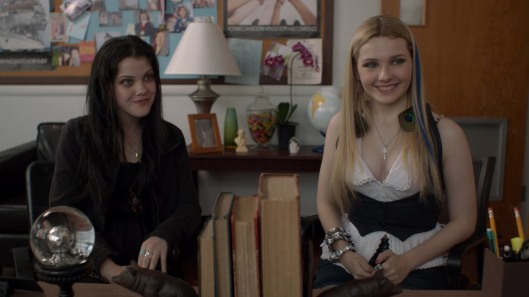 Rating: 5/10 – in support of a friend’s cancer charity, Will Ferrell takes to the baseball field to play all nine positions for ten major league teams at five separate pre-season games, and all in one day; if the charity had been the Reassure Will Ferrell He’s Still Funny Charity, then this would have made more sense because Ferrell Takes the Field is a mercifully brief documentary that sees the comedian attempt to appear relevant in an arena where he has no real talent, and where, when he gets it wrong, he’s quite rightly booed by fans, leaving viewers to wonder why on earth this idea was commissioned in the first place.

Rating: 2/10 – when the producer of her latest film tells aging actress Debbie Wilkins (Rochon) that her role has gone to another, younger actress, it sets her on a killing spree that sees her despatch the cast and crew, and anyone else who gets in her way; low-budget horror always runs the risk of being offensively stupid, and Axe to Grind is no exception, as it treats its audience with disdain while failing to appear as clever and entertaining as it thinks it is.

Rating: 6/10 – with outlaws running most of the nascent state of Arizona, the Governor assigns Matt Sloane (Montgomery) and a team of undercover officers to apprehend the gang involved with cattle rustling and silver thefts; a modest Western that tells its simple story plainly and with few frills, The Toughest Gun in Tombstone is acceptable fare that doesn’t exert itself too much, but is enjoyable nonetheless. 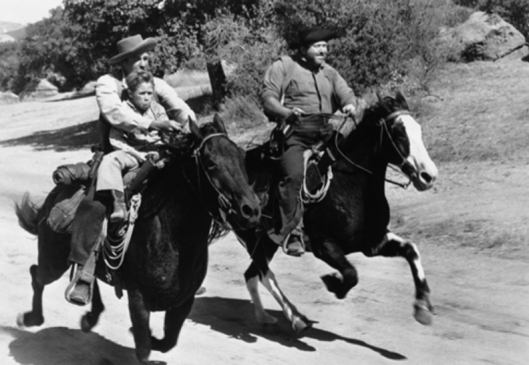 aka The Mercenary: Absolution

Rating: 4/10 – mercenary John Alexander (Seagal) and his colleague Chi (Mann) find themselves battling both a criminal syndicate and their own corrupt boss when a contract killing proves to have larger ramifications; another mumbling, stand-in heavy performance from Seagal detracts from what is – for him – a better outing than of late, and thanks to Mann’s athleticism and Jones’ snarling villain, any scenes where Seagal doesn’t take part are actually halfway enjoyable.

Rating: 6/10 – an astronaut, Alan Brahm (Steppe), stranded in an airlock while the space station he’s on begins to fall apart has a choice: either save his crew by jettisoning the airlock (but dooming himself), or save himself and get back to Earth (and dooming the crew) – which choice will he take?; as moral dilemmas go, the one facing Alan Brahm in Vacuity is, on the face of it, fairly cut and dried, but thanks to Matzur’s script and Steppe’s performance you’re never quite sure how things will play out, or even if either choice will be taken away from him, making this short movie a model of concisely focused drama.