For One Week Only, Movies, Poster of the week, Posts, Reviews, thedullwoodexperiment

Back on 12 December, I wrote a post that talked about my lack of enthusiasm for new movies. The post made it sound like I didn’t care for all new movies, when in fact I was voicing my dislike for the constant diet of mainstream, Hollywood produced movies we’re fed each year, and their repetitive nature. In recent weeks I’ve watched and reviewed the likes of Daddy’s Home Two and Flatliners, movies that reinforce the notion that their makers didn’t really care what they were doing, or even how their movies would be received as long as they made enough money at the box office. Call me cynical, but as I’ve said before on thedullwoodexperiment, the people that make these movies are all highly regarded and all highly talented, but they make the same mediocre/rubbish/moronic (I’m talking about you, Baywatch) movies over and over. And we all rush to see them. Now I’m not saying that movies should be boycotted per se, but if certain movies didn’t do well at the box office then perhaps the studios would take the hint and start making better movies (unlikely, I know, but hey, I have enough optimism for ten people some times).

Anyhoo, what this all means for thedullwoodexperiment is that from 1 January 2018, this blog will no longer provide full-length reviews of the majority of mainstream movies, those tentpole movies that seem able to disappoint us year after year, and which are still likely to do so in the next twelve months. I’ll still be watching them – I’m still a movie addict when all’s said and done – but any reviews will be relegated to each month’s Monthly Roundup. Part of my “issue” with these movies is that they are the ones that everybody will be talking about, and everyone will be posting reviews on them, and the big, unwieldy machine that keeps churning them out will continue to be fed no matter what my opinion is. And I’ve strayed a little from my original intention in setting up this blog, which was to bring non-mainstream movies to people’s attention. I do still do that, but not as often as I should be. 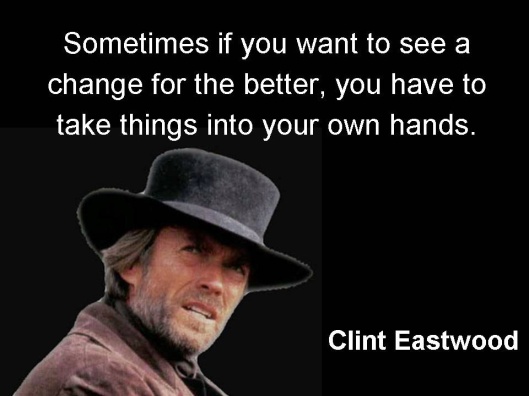 So, what does this mean for thedullwoodexperiment going forward? In terms of the reviews, not a lot. They’ll continue in the same format, but there will be more reviews of foreign movies, and older movies, and there’ll be a British Classics series. For One Week Only will return in the guise of weeks that focus on a particular genre, or star, or director, and in February Poster of the Week will take up permanent residence on a Tuesday. Following on from Mandrake the Magician (1939), there will be a new serial beginning in March, more Brief Words about various subjects as they crop up throughout the year, and more Catch Up movies too. There’s a lot more to come, but you’ll have to wait until later in the year to find out just what “a lot more” amounts to. Hopefully, those of you who are regular followers, or even those of you who just dip in and out of the site as it suits you, will enjoy the changes coming up, and continue on this incredible journey with me. With so many movies out there, it seems to me that broadening our horizons isn’t such a bad thing at all. So here’s to 2018, and discovering more wonderful movies together.