With her angled features highlighted by big piercing eyes, Lara Flynn Boyle has always brought a distinctive, attractive element to her movies, ever since her big screen debut in (sadly) Poltergeist III (1988). And yet beneath the model looks and slightly aloof exterior, Boyle has displayed a natural talent for acting that some of her peers would kill for (if they’d only admit it). She found fame though away from the big screen with the role of Donna Hayward in David Lynch’s Twin Peaks (1990-91), but like her female co-stars Sherilyn Fenn and Mädchen Amick, was never really able to capitalise on the show’s success in terms of bigger, better movie roles. Boyle has nevertheless appeared in a number of movies whose reputations preceed them, and even if she’s made the odd movie that doesn’t add anything to her CV – Hansel & Gretel Get Baked (2013) for example – her performances have always carried a sincerity about them that adds to the movie in question. She hasn’t made many movies in recent years, and some recent plastic surgery choices have kept her in the public eye for all the wrong reasons, but hopefully we haven’t seen the last of her on the big screen, not when the following five movies all show just how good an actress she really is. 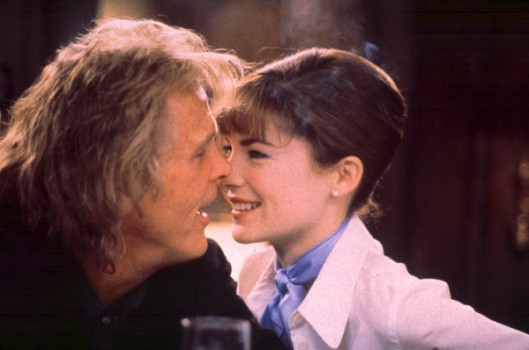 Alan Rudolph’s dramedy of marital infidelities cast Boyle as the sexually frustrated wife of an ambitious businessman (played by Jonny Lee Miller) who develops an unhealthy crush on a handyman (played by Nick Nolte) who has marital problems of his own. More than holding her own amongst a very talented cast that also includes an Oscar-nominated Julie Christie, Boyle’s performance overcomes some of Rudolph’s more unhelpful character decisions, and she handles the comedic elements with a clear understanding of the darkly comic aspects woven throughout the material.

Rarely seen, but well worth seeking out (though some would say otherwise), this comedy from John McNaughton thankfully is more hit than miss, and sees Boyle playing a marriage counsellor who teams up with an expert on depression (played by James Spader) to try and solve a couples’ marital problems. The humour is situational rather than reliant on one-liners, anyone who’s even remotely prudish won’t enjoy most of it, and Boyle is terrific in a cast that also includes Jay Mohr and Melora Walters as the couple, Catherine O’Hara, Megan Mullaly, and Bill Murray. 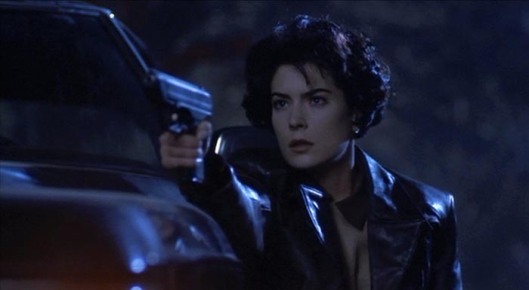 As the unfaithful wife who has a contract taken out on her by her husband, Boyle is never less than compelling as the intended victim who hides a secret of her own and who isn’t as easy a target as Nicolas Cage’s wrong-person-in-the-wrong-place soon discovers. John Dahl’s modern day film noir gives Boyle the chance to play the femme fatale, and she seizes the opportunity with undisguised relish, imbuing Suzanne with the kind of icy immorality that we all like to see in our tarnished heroines.

A coming of age tale that somehow manages to avoid the clichés of the genre and provide viewers with a refreshing approach to otherwise familiar territory, Have Dreams, Will Travel (aka A West Texas Children’s Story) features Boyle, but this time in a supporting role as a young boy’s mother whose obsession with Hollywood and its movie stars means that she neglects him. Despite the focus being on her son, the female friend he makes, and their subsequent relationship, Boyle grabs the attention whenever she’s on screen and gives another indelible performance.

In this ambitious and largely successful political thriller, Boyle plays the wife of a dictator (played by Tom Hollander) whose imprisonment of a dissident (played by Donald Sutherland) drives the narrative. It’s a dark, pessimistic movie, shot through with the kind of black humour that is funny and uncomfortable at the same time, and features superb performances from all concerned (particularly from Ralph Fiennes who plays Sutherland’s guard), and though Boyle’s role is a secondary one, nevertheless there are strong enough echoes of Lady Macbeth to make her performance a chilling one.