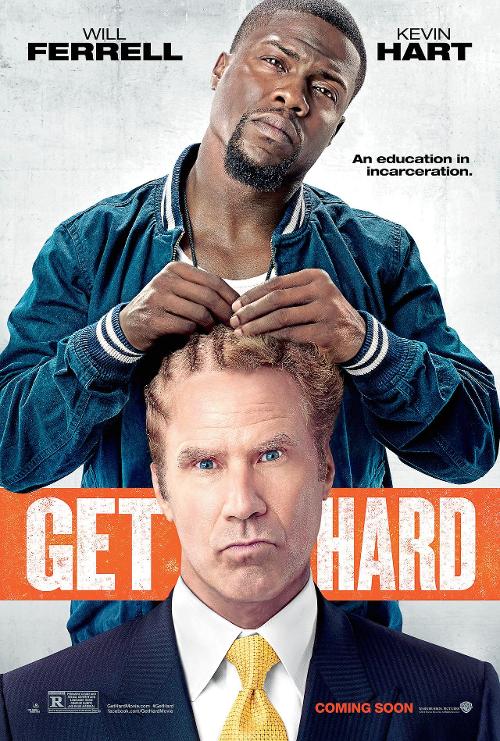 Hedge fund manager James King (Ferrell) has it all: a beautiful home, a beautiful fiancee (Brie), a recent promotion to partner in his future father-in-law Martin’s firm, and all the money he needs for a dream lifestyle. But it all comes crashing down when he’s arrested for embezzlement. In court, the judge sentences him to ten years in San Quentin, but allows him thirty days to get his affairs in order. In the wake of this, Alissa dumps him, Martin vows to find the person really responsible for the embezzlement, and James faces the prospect of prison by trying to run away to Mexico. But when he bumps into Darnell Lewis, who runs the car wash business at his place of work, he makes the assumption that Darnell has been in prison because he’s black. Asking for Darnell’s help in surviving on the inside, Darnell agrees to help him for $30,000.

Darnell does his best to toughen up James and prepare him for prison life, but James proves a less than able pupil. In the end Darnell decides James needs to be protected on the inside and hooks him up with his cousin, Russell (Harris), who has his own gang, the Crenshaw Kings. James makes a good impression on Russell but Russell decides he needs protection from a white gang instead and sends him to see the Allegiance of Whites gang, but the meeting ends in disaster, and both he and Darnell barely escape with their lives. At this point, Darnell realises that James really is innocent, and together they look for the real crook. But finding and keeping the evidence to convict that person proves to be another matter entirely. 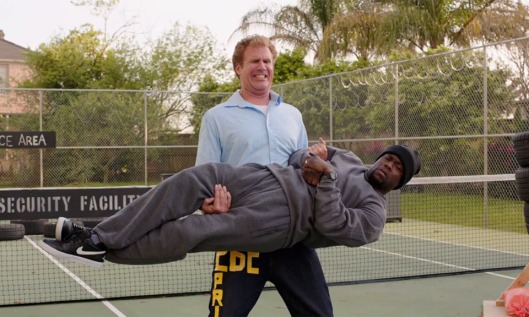 Whatever your feeling about mismatched buddy comedies, or indeed any movie starring Will Ferrell or Kevin Hart, chances are that this will appeal to a broad audience base, and entertain accordingly. If the movie lapses too often into the kind of farcical schtick that seems to underpin this particular comedy sub-genre, then it shouldn’t be a surprise that it lacks even the requisite number of belly laughs. This isn’t to say that Get Hard isn’t funny – it definitely has its moments – but what holds it back is that it doesn’t try hard enough to make its intended audience really laugh out loud (though a couple of one-liners come close). What it does is present situation after situation that allows Ferrell to trot out his idiot man-child persona one more time, and with little or no variation from any other comedy he’s made in the last ten years. James is a role tailor-made for him, but the problem is that it doesn’t stretch Ferrell as an actor, and for large stretches he coasts along in the role, hitting his mark but without any appreciable effort.

It’s the same for Hart, giving us the same manic portrayal he’s given us in Ride Along (2014), The Wedding Ringer (2015) and others. With nothing to shake up the performance, it looks tired already. Add to that an increasingly bizarre series of situations where James has to “man up” – including giving a blow job to a stranger, easily the movie’s most uncomfortably plotted moment – and a criminal plot that has all the originality of of a photocopy, Get Hard is lazy, opportunistic and, at times, unbelievably crass.

Rating: 4/10 – not the absolute worst way to spend ninety-four minutes of your time, but certainly not the best either, Get Hard wastes the talents of its two stars, and plays it all by numbers; save your money and wait for it to become available for free in whichever way you can access it.