For Cameron Post (Moretz) and her best friend, Coley Taylor (Shephard), being discovered having sex in the back seat of one of their boyfriends’ cars on prom night was not how the evening was meant to turn out. Although not their first sexual experience together, they’ve kept their relationship a secret from everyone, and Cameron, though certain that she’s a lesbian, is still coming to terms with how it will affect her life. However, being discovered leads her aunt (Butler), who is a devout Christian (and who has been raising Cameron since the deaths of her parents), to enrol Cameron in a gay conversion therapy centre called God’s Promise. Run by brother and sister, Reverend Rick (Gallagher Jr) and Dr Lydia Marsh (Ehle), the centre views homosexuality as a sin, and its programme is designed to help young people who are “confused” by their sexuality into making the right changes and embracing heterosexuality. Cameron soon makes friends – mainly with fellow lesbian Jane (Lane) and two spirit Adam Red Eagle (Goodluck) – but she also finds her own certainty about being a lesbian brought into question… 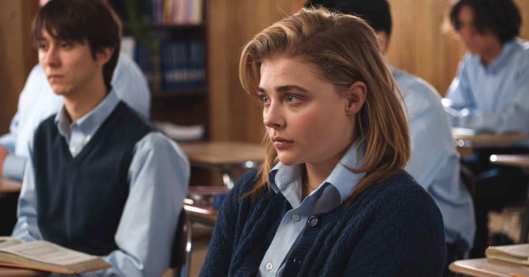 Imbued with a healthy dose of skepticism about the whole notion of gay conversion therapy, The Miseducation of Cameron Post is not the strident call to have these institutions banned that you might think it would be. Instead, it’s a much more subtle piece, adapted from Emily M. Danforth’s novel, and thanks to its historical setting – the movie takes place in 1993 – the movie is able to explore the issues it raises – freedom of sexual expression, religious fundamentalism, nature vs nurture, even free will – with a lightness of tone that seems at odds with the seriousness of its subject matter, but which enables it to get its points across more effectively. This isn’t a movie that wants to pound its viewers over the head with damning rhetoric. Rather, it explores Cameron’s experiences at home and at the centre in a way that gets its message across without it feeling forced or contrived. Cameron poses her challenges to the centre’s programme in a wry, humorous way that makes clear her confusion – not about her sexuality, but whether or not Reverend Rick or Dr Lydia even know what they’re doing (tragically, they don’t). There’s no war of attrition, no acting out or playing up, just an awareness that God’s Promise is not an answer to anything, and so, perhaps not worth the effort to take it seriously. 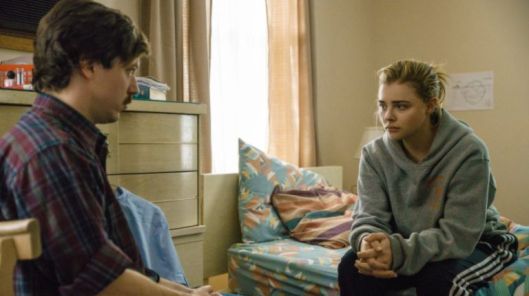 In adapting Danforth’s novel, director Akhavan and her co-scripter, Cecilia Frugiuele, paint the adults as either blinkered or over-reaching, and the young people as doing what teenagers do best (or worst, depending on your point of view), and that’s working out what kind of people they’re going to be. Anchored by Moretz’s best performance in years, and with strong supporting turns from Lane, Goodluck and Skeggs, Akhavan draws out each character’s strengths and insecurities in such a way that they don’t feel like stereotypes, and the emotional upheaval that they’re experiencing feels genuine. It’s often a delicate balancing act, but Akhavan is more than up to the task, and this is a terrific follow up to her first feature, Appropriate Behaviour (2014). Bristling with confidence in the material, and the approach she’s taken, Akhavan finds nuance and perception in the smallest of details, and without feelig the need to hold the viewer’s hand throughout. The title claims that Cameron has been miseducated, but by the end of the movie, when Cameron, Jane and Adam decide to take matters into their own hands, you could argue that this has been a misstep rather than a miseducation. Either way, it’s a well observed piece that doesn’t skirt the issues it raises, or treat them lightly.

Rating: 8/10 – a movie that doesn’t labour the points it’s trying to make, and which avoids both sentimentality and the need for polemics, The Miseducation of Cameron Post is a sly dog of a movie that sneaks up on the viewer and makes a quiet, yet effective impact; whatever your feelings about religion and homosexuality, and the way the two butt heads so often, this is a movie that stresses humanity over dogma, and finds beauty in the struggle for personal acceptance.