When a teenage boy disappears, it looks at first as though he’s run away. But as police commander François Visconti (Cassel) begins his investigation, an encounter with one of the boy’s neighbours, Yan Bellaile (Duris), causes him to wonder if this is actually a murder case. Bellaile reveals he tutored the boy the previous summer, and his opinion is that the boy’s disappearance is due to his need to rebel against his parents. Something about Bellaile’s attitude rings alarm bells for Visconti, and he begins to investigate the man. Meanwhile, Visconti begins to find himself falling for the boy’s mother, Solange (Kiberlain). An anonymous tip off leads to a search of the nearby woods, and Bellaile’s presence there – plus his use of a phrase used in the tip off – causes Visconti to become certain that the teacher has killed the boy and hidden his body. As the investigation continues, Visconti becomes more involved with Solange, and his suspicions about Bellaile grow ever stronger. And then the boy’s parents receive a letter from him… 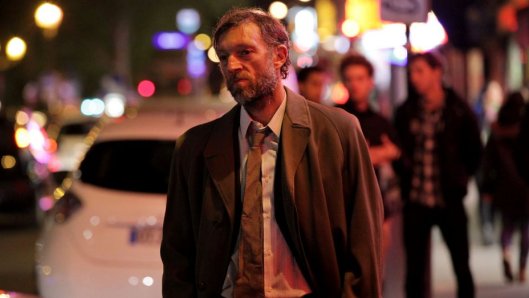 Adapted from the novel Disappearing Disappearance by Dror Mishani, Erick Zonca’s first big screen movie since Julia (2008) is a dark, brooding and unrelentingly grim trawl through the darker side of human nature that offers no absolution for the majority of its characters, or imbues them with any sense of remorse (or even understanding of the term). From the start, with Cassel’s magnificently monstrous Visconti bellowing and swearing at his son (Back) who’s been caught dealing drugs (in a subplot that seems like it should be the focus of another movie altogether), Zonca invites us to enter a world where moral ambiguity butts up against compromised morality so much that the two have become indistinguishable from each other. Visconti drinks on the job, thinks nothing of having sex with prostitutes, and bullies his way through the rest of his life as if it’s of no consequence. He is good at his job, though, the one thing that goes some way to excusing his behaviour, but as the movie progresses and more and more secrets are revealed, Visconti doesn’t even have the luxury of being regarded as an anti-hero. And like Rick Deckard in Blade Runner, he doesn’t even solve the case; circumstances gift him the solution, and even then he’s still wrong about what happened.

Cassel is on blistering form as Visconti, but he’s matched for intensity – though in quieter, more self-contained fashion – by Duris’ turn as Bellaile. Their game of cat and mouse drives the middle section of the movie, and it’s fascinating to see how Duris’ performance sparks and spars with Cassel’s, the two men circling each other like prize fighters looking to land that one knockout punch that will end the fight. Bellaile is an unsettling character, one who has a hollow centre where his conscience should be, but it’s the manner of his duplicity that is truly shocking, along with the pride he feels. And then there’s Solange, a femme fatale in any other version of this tale, but here a numb, almost dumbstruck presence whose grief at the loss of her son hides a terrible complicity. Zonca ensures that the viewer is unable to trust anyone, even Visconti, and the resulting nihilistic miasma that the narrative unfolds under is deliberately oppressive. Aided by some impressive framing by DoP Paolo Carnera that corrals and contains the characters in any given scene, and Philippe Kotlarski’s skillful editing, Zonca and co-screenwriter Lou de Fanget Signolet have created a disturbing, yet compelling movie that doesn’t shy away from exposing the worst ways in which human nature can exploit and justify itself in equal measure.

Rating: 8/10 – a movie that is deliberately bleak and uncompromising, Black Tide offers a twisting, off-kilter narrative that doesn’t always go where you think it’s going, and which doesn’t believe in happy endings for the sake of them; a modern-day noir thriller that plays by its own rules, Zonca’s latest is a potent reminder of the director’s abilities, and is also a movie that gets under the viewer’s skin – and nestles there uncomfortably.